Today I’m interviewing Ralene Burke, author of the fantasy novel Bellanok. I just finished reading it, and it was a fun, gentle romp through a fantasyland with a heaping helping of faith. Here’s the interview!

1.  Welcome to the blog, Ralene! Thanks for joining us! First, tell us about your book. What genre/age group is it for? And what’s the story about?
Bellanok is a contemporary fantasy geared toward readers in their 20s. Although, I’ve heard from readers of all ages, including YA readers, who have enjoyed the story. Here’s the blurb:
A haven for myths and legends . . . until evil discovers a way in.

With evil darkening the mountains to the north, the fairy queen, Fauna, must journey from the island realm of Bellanok to the modern world to find the man the Creator appointed to save their kingdom. A man she has been dreaming of her whole life.

Brian is a down-on-his-luck pastor on the verge of giving up on God. He’s tired and frustrated–a failure. No sooner does he make a decision that jeopardizes his career than an unusual blonde woman shows up and tries to convince him he is some kind of savior.

Fauna must open Brian’s eyes to a different reality, and Brian needs to embrace the haven’s secrets. If neither of them succeeds, Bellanok will succumb to evil and the world will lose all trace of innocence.

2. What made you want to write this particular story?
It all started with a prayer. I was asking God for guidance on where to go after finishing edits on a WIP. The first chapter of Bellanok popped into my head. After a couple of days with that chapter demanding to be written, I sat down and cranked it out. That seemed to alleviate the urgency while I finished the current WIP, but the story was still building in the back of my mind. Once I had time, I was able to start cranking out the story.

3. What was your favorite part to write?
Any part with Roman in it? Seriously, Roman was my favorite character to write—mostly because he’s just so different from me. But he says many things that I wish I had the guts to say. Ha!

4. What was the hardest part to write?
I can’t tell you that without revealing a major plot point in the story. I will say, bring out the tissues! The second hardest part to write was the end. For several scenes in the final battles, Fauna and Brian are in separate places with different dangers around them.

5. This book was originally written in serial format. What are the pros and cons of writing that way?
Ah, yes, the serial project was an interesting experience. I had fun with it and would totally try to do it again (though I would change a few things).
Pros: The serial format allowed me to keep putting my name/story out in front of readers with each release, thus helping to build a following more quickly.
The serial forced me to think on my feet and make a cohesive story without being able to go back and change things. So it was a great exercise for stretching my writing muscles.
Cons: Ideally, each part of the serial would have released about 6-8 weeks apart. Due to life, that didn’t happen. So while the serial format did help to build a following, it wasn’t as effective as it should have been.
I don’t like not being able to go back to previous parts and change details or plot lines. Of course, that could be solved by writing the whole thing first—but that would have taken too long!

6. The theme of Bellanok is a journey back into faith. Why is this important to you?
It’s important to me because much of Brian’s journey is mine as well. I’ve always been a believer, but it wasn’t until my 20s that I reached a time when my faith was challenged, where I felt that I just couldn’t connect with God.
While it didn’t take me journeying to a mystical island to save unicorns to find that connection, God did have to bring me to my knees before I was able to see the problems.
I think many people go through the same kind of challenges—each unique to the person—but with the same struggles and desperation. Bellanok helps readers to sort through the coinciding emotions and thoughts while escaping with Brian to fight the battle and save the world.

Thank you for joining us on the blog today, Ralene! Best of luck with Bellanok and all future books!

Check out Bellanok on Amazon! 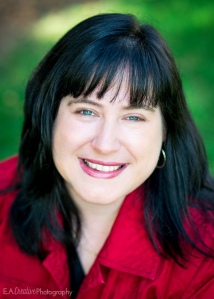 RALENE BURKE BIO:
Whether she’s wielding a fantasy writer’s pen, a freelance editor’s sword, or a social media wand, Ralene Burke always has her head in some dreamer’s world. And her goal is to help everyone SHINE BEYOND! She has worked for a variety of groups, including Realm Makers, The Christian PEN, Kentucky Christian Writers Conference, and as an editor for several freelance clients. Her first novel, Bellanok, is available on Amazon!
When her head’s not in the publishing world, she is wife to a veteran and homeschooling mama to their three kids. Her Pinterest board would have you believe she is a master chef, excellent seamstress, and all around crafty diva. If she only had the time . . .
You can also find her on Facebook, Twitter, or at her website.

One thought on “Dragons and fairies – interview with Ralene Burke”