Back in the 90s, there was this guy named Bob Ross who taught painting on PBS. He was pretty popular, but like all TV, quietly faded from the public consciousness once his show ended.

Well, Bob Ross has been rediscovered by the latest generation, and his popularity has exploded–mostly because of Twitch. 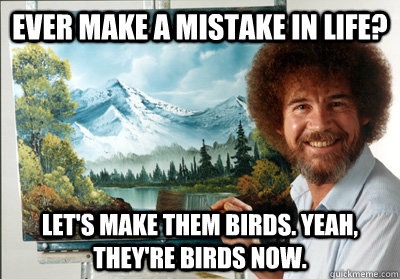 Twitch is a live streaming service, like YouTube–only live. Mostly it’s gamers streaming their latest top-level ownage in Call of Duty, or multiplayer shenanigans in Minecraft. It’s common for a streamer to take a break, and leave a video playing to entertain viewers until they return. Well, somebody started putting up Bob Ross videos.

Suddenly viewers were coming to watch Bob Ross more than the original stream. It got so popular that Twitch now has an annual Bob Ross marathon.

I thought it might be fun if the kids painted along with his videos for an art project. My kids had such fun that I decided to give it a try.

The trouble with knowledge is that it puffs up–the less you have, the more inflated you are. I started my painting with an attitude of snobbish know-it-all. “He’s not that great,” I huffed. “But maybe I can learn something.”

That painting kicked my butt left, right, and center. Gone was my snobbish attitude. I would let the video play for ten seconds, pause it, and frantically try to replicate what Bob had just done.

See, painting with a brush on canvas is a lot different from painting in Photoshop. You can put multiple colors on a brush, whereas Photoshop looks at you blankly and says, “Wut.”

What Bob did in one stroke took me ten minutes to replicate with multiple strokes and colors.

By the time I finished, I was forced to admit that Bob was pretty darn good (a whole painting in 22 minutes!), and that I am intolerably rusty. 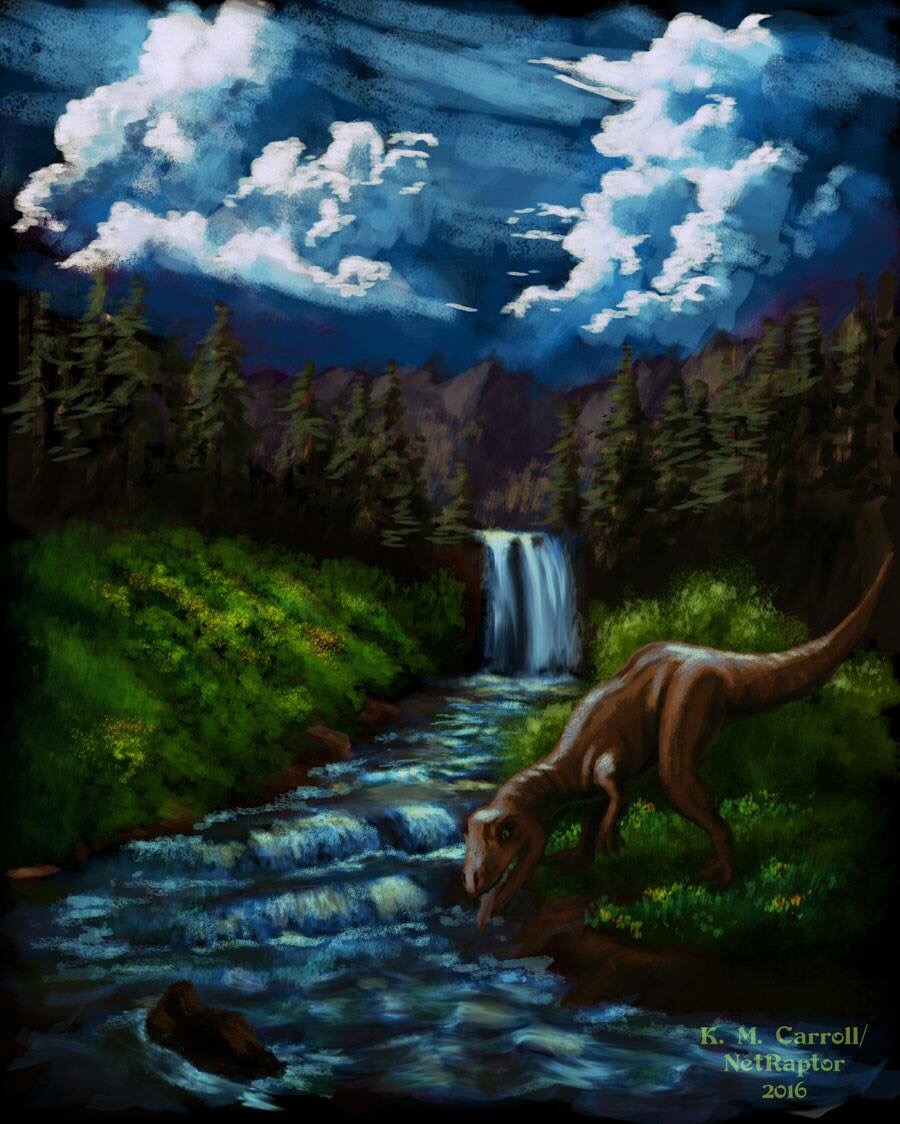 In order to learn, you have to drop the attitude. I think that if I had been more open to instruction when I started my painting, it would have been a lot easier.

This applies anywhere in life where we want to learn something. A know-it-all will never learn, because they know it all. Whereas the more you learn, the more you realize you have to learn. Humility comes only after that pride-balloon has been popped.

Go forth, and paint with Bob Ross! You may even learn something.