We had a quiet, simple Christmas this year. No trips, no visitors– just us, presents, and good food. 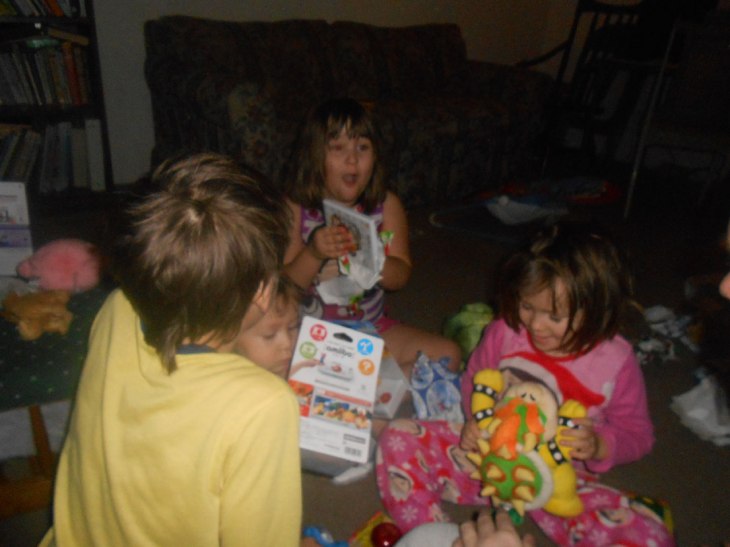 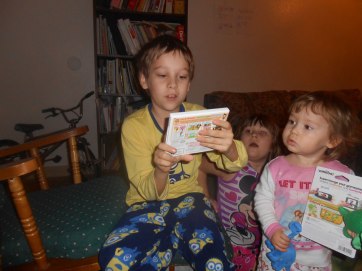 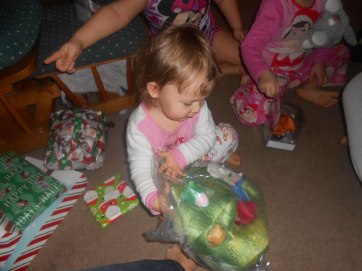 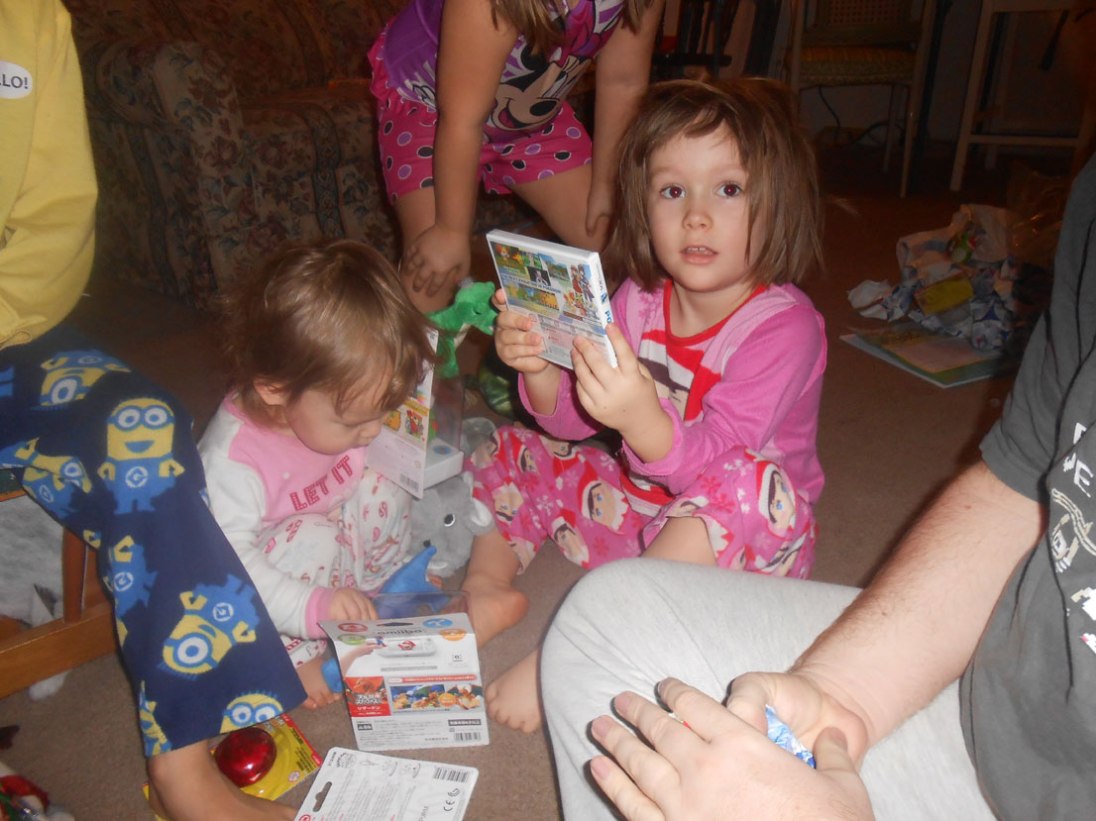 We hadn’t planned to have a super-quiet Christmas, but all the excitement happened around Thanksgiving this year. Then, what with having a new baby in the house, and me having to rest, we just didn’t do much. The kids also got a lot of toys related to keeping quiet (notice all the games!).

At the beginning of the school year, I had planned to take December off, and it turned out to be a very pleasant month. I’m ready to start school up again, though–it adds such nice structure to our days.

Reblogging this from a few years ago. This is my all-time favorite Christmas story–heartwarming, with depth, and gorgeous writing.

This is my traditional Christmas story to read every year. I always try to share it with folks online, too, as it’s just a little short story, and so lovely. No barbed sting in its tail to make you cry, unless you cry at happy endings.

Candle in the Forest
by Temple Bailey

We don’t talk much about being thankful at Christmastime. I think, though, that we need it more than ever, what with being busy and stressed. 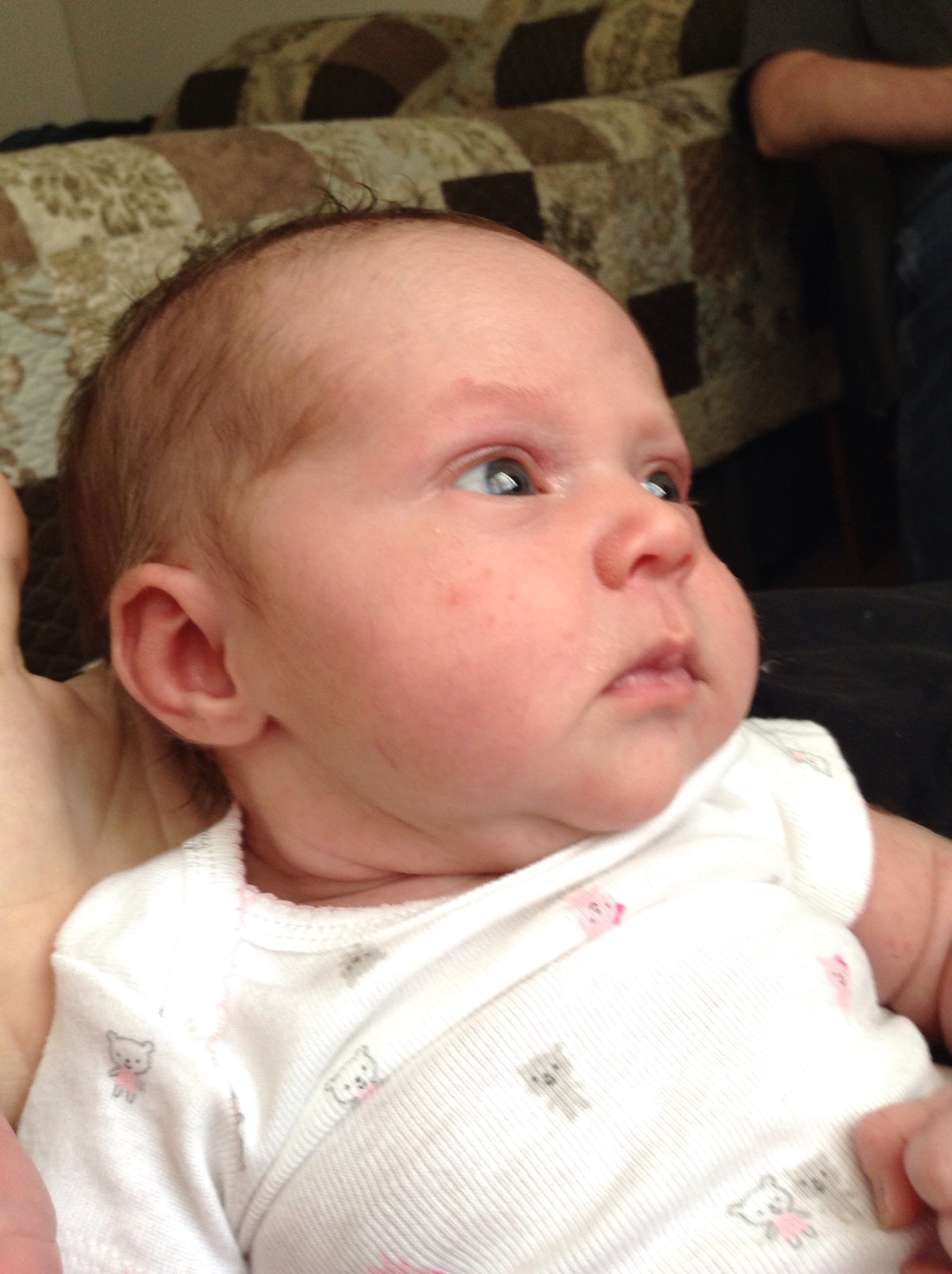 I was feeling sorry for myself today–unable to go anywhere, stuck inside all the time, with a baby who, while she sleeps at night, prefers to stay awake as much of the day as possible.
But then I thought, “You know, I have so much to be thankful for, it’s not even funny!”

I’m so thankful that this new baby is healthy and growing like crazy. We have enough to eat, my hubby has a steady job, our home life is stable. So many Christmases, we lacked one or more of those things. All I have to do is remember, and the thankfulness overwhelms me. 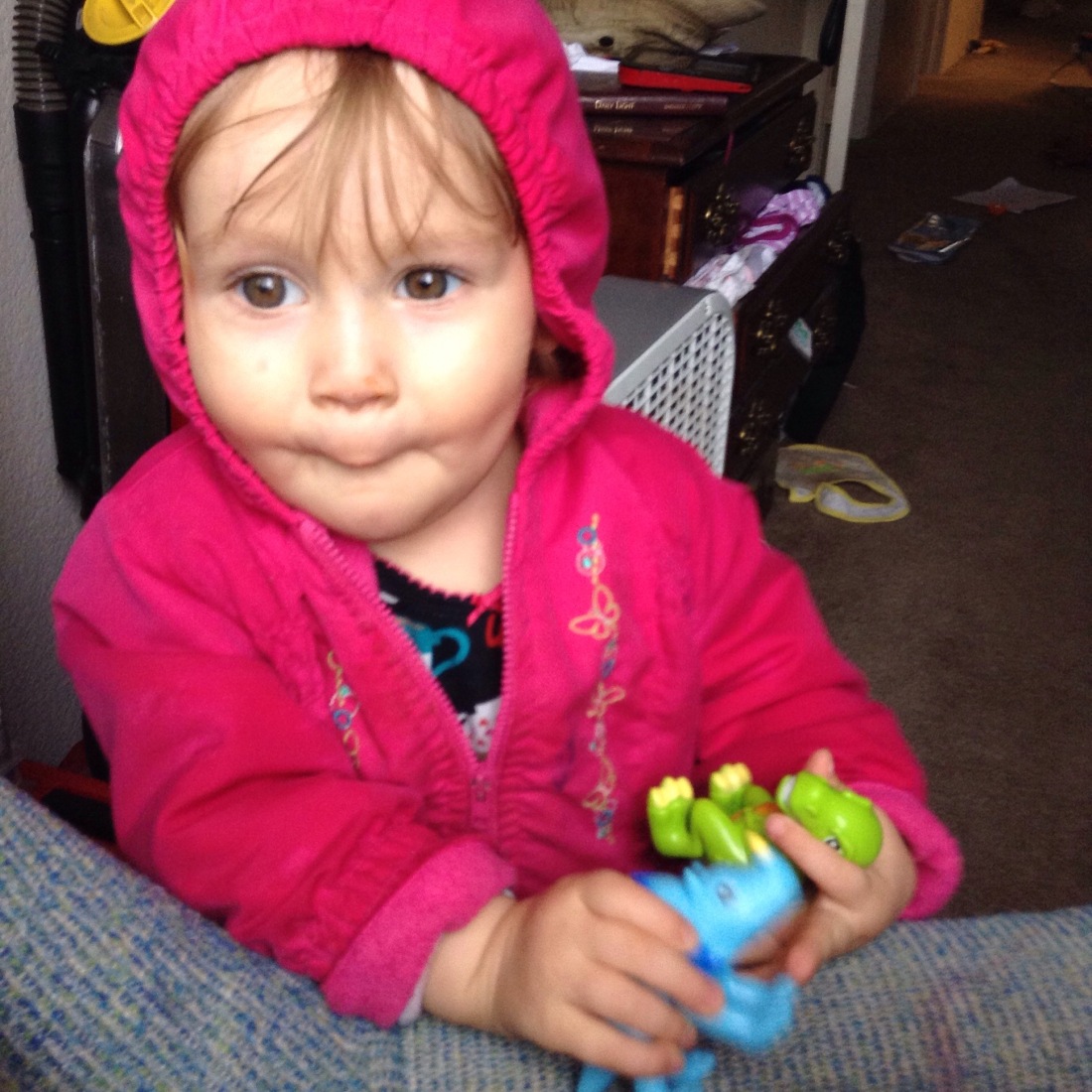 I’m so thankful for our families, who love us across geographical distance (which sometimes feels like time and space!). I’m thankful for so many good memories of other holidays, with many more to come.

After all, there was a baby involved at the first Christmas, too. Mary stayed cloistered for most of her pregnancy–talk about not getting out much! So I’m in good company.

Some interesting news stories hit my newsfeed this week. Check it out:

New US Space Mining Law to Spark Interplanetary Gold Rush. On the 25th, Pres. Obama signed a law that gives the private space companies eight years to get into space and collect all the spoils they can from our local asteroids. They have a number of huge goals–namely, finding water, and building refueling stations on various asteroids. Can they do it before 2023? We’ll see!

Meanwhile, DNA allows all the world’s data to be stored in 9 liters of liquid. No joke. These guys are already storing data in DNA and retrieving it with very few errors. Those science fiction stories about living people being turned into internet servers just took on new, horrifying reality.

And then when you cross Lord of the Rings and Star Wars, you get this: 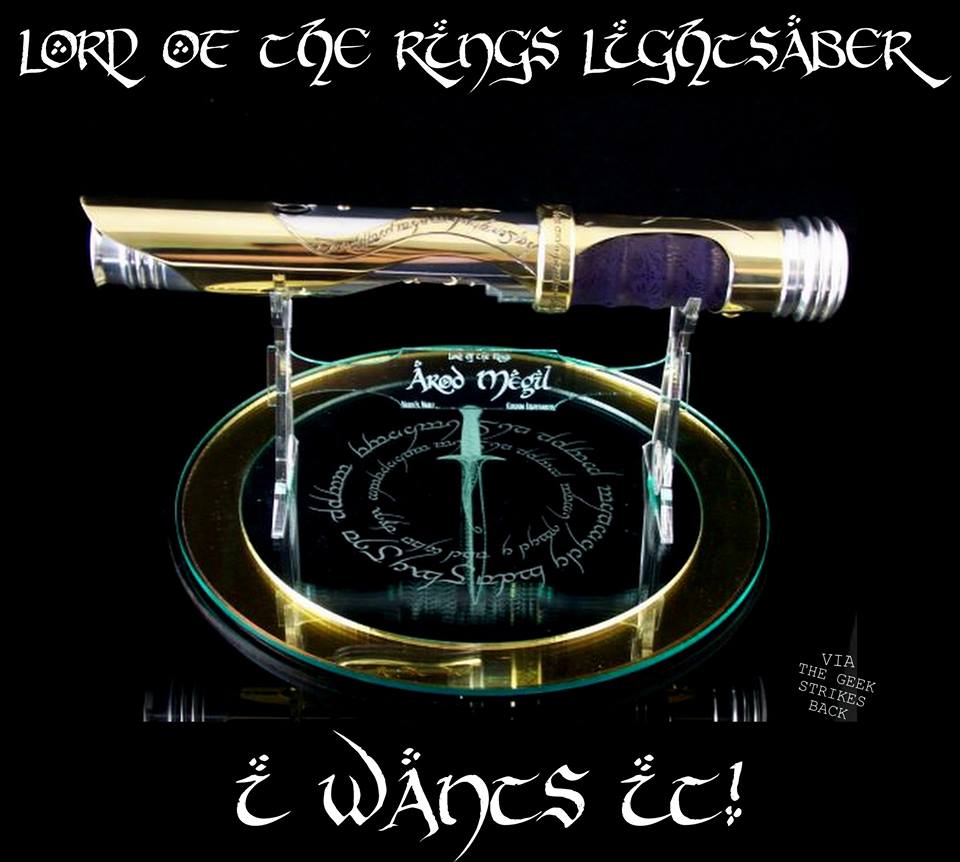 It’s fun to hunt down book cover artists. Today’s feature is Creative Paramita, who offer really spiffy custom designs for a reasonable price. I’m showing off their cheaper premade covers, though, as examples of this designer’s fantastic work. Their prices increase on January 1st 2016, so if you fancy any of these, grab them now! 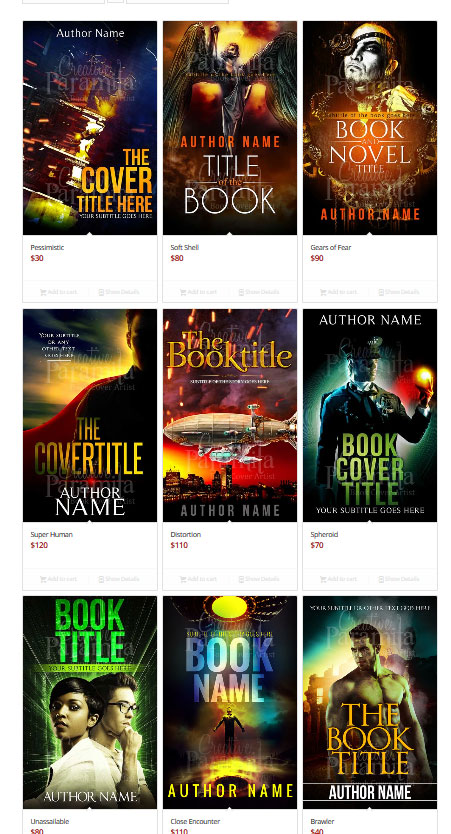 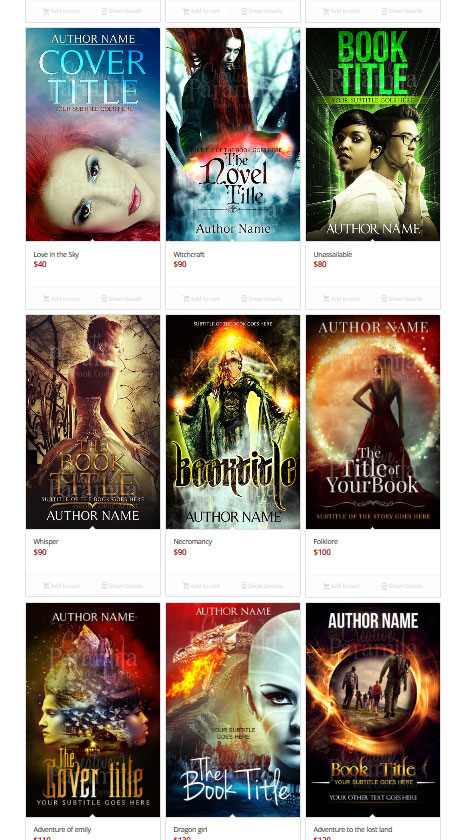 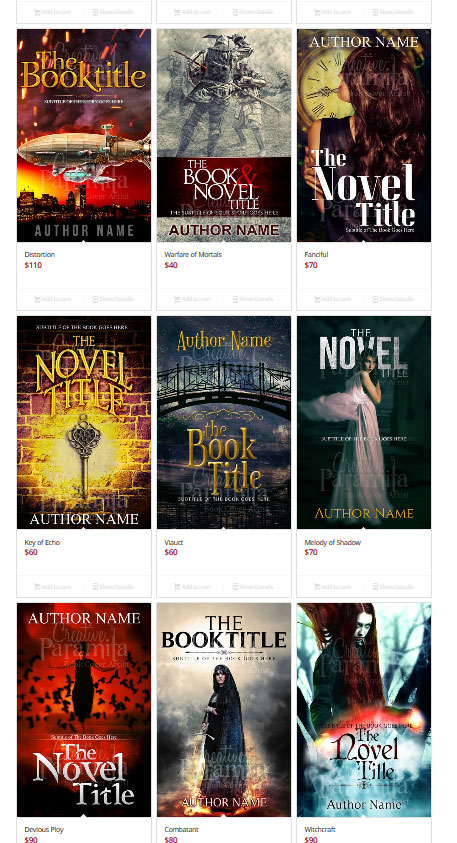 Here’s a massive lineup of science fiction, fantasy, and fantasy romance–all for 99 cents, or free. Head over to the official promo site to check them out!

In addition, I’m featuring some of my friends’ fantasy and new releases. Here they are! 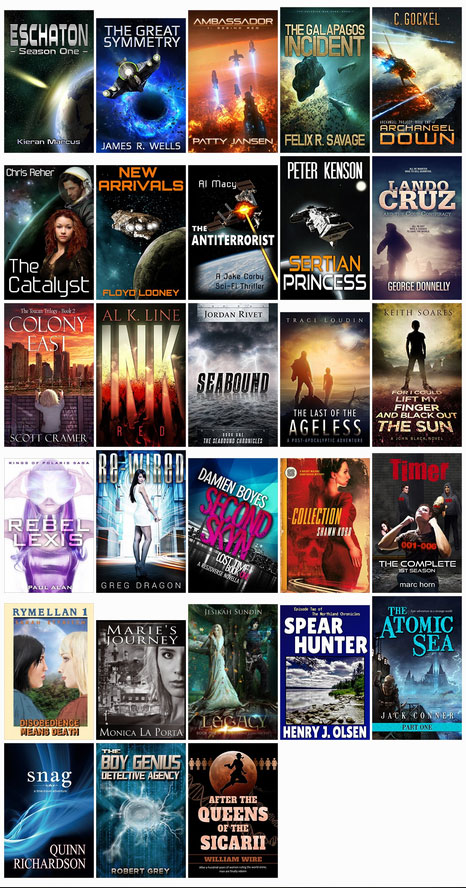 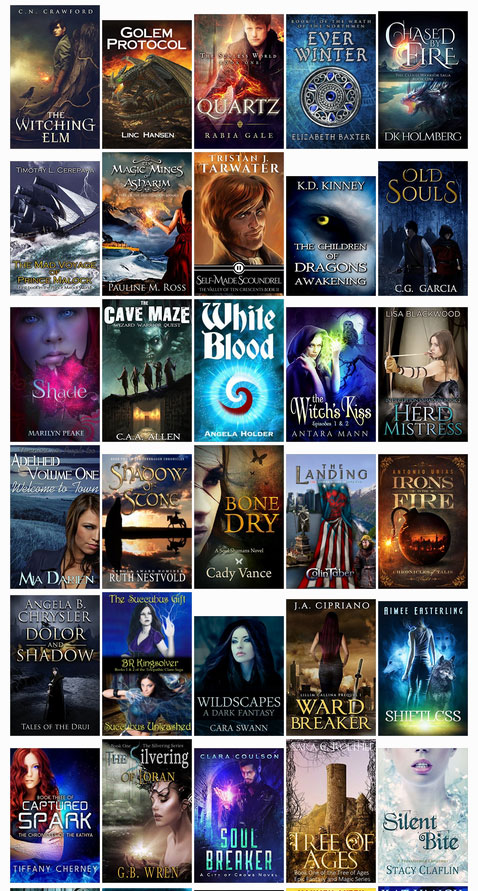 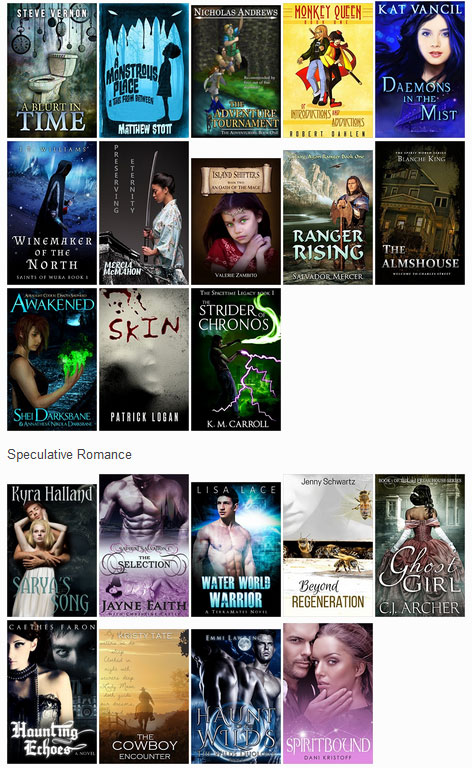 Since the baby was born, I’ve been catching up on my reading. This is working out great, because all my writer peers are running mega sales on their books to catch the shopping season. I’ve been chewing through a selection of Christian and non-Christian books, just to keep up with the cool kids.

So far, there’s been a marked difference between the two sorts of books. For instance, I’m currently reading The Pygmy Dragon, and it makes my jaded fantasy reader’s heart sing. A shapeshifting pygmy girl with super-strong magic, a fascinating dragon culture, an evil shadow-dragon, and a world of islands floating above a poisonous cloud sea? YES.

Or how about Rainbird? It’s a fantasy/sci fi novella about a world where a continent-sized dragon has crashed onto a world, and people have built a city inside its carcass, and use its eye as a sun. Except the dragon may not be as dead as all that, as our heroine discovers.

Whereas the Christian fiction I’ve read lately has been so lackluster. The bad guy is always Satan. The hero(ine) always wrestles with “OMG I have trouble believing in a God I can’t see OMG God’s love OMG John 3:16 OMG I should stop cussing.” (See my complete list of Christian book tropes.) No glorious flights of imagination. No sense of wonder. I mean, I’ve been reading Acts with the kids, and it’s so much fun. Paul and the rest of the early Christians had so much fire and enthusiasm–where is that in our storytelling?

That’s why I was so blown away by Rob Mullin’s Bid the Gods Arise. Here was the crazy fantastical voyage I wanted from my fat fantasy epic. I actually messaged him, “This is too good for Christian fiction!” which he found flattering. It starts off with two friends, one of whom is stuck in an arranged marriage to a princess, blaw blaw … and then during the wedding, an interdimensional slave ship appears, kidnaps everybody, and sells them as slaves on another world. The top of my head ASPLODE.

I had the same experience with Becky Minor’s elf-centric Windrider books. Although I find elves annoying, I enjoyed both the lyrical prose, and her snarky hero, who constantly lampshades various Christian fiction tropes. He’s like the Dresden of the high fantasy world.

I’m also familiar with Patrick Carr, Anne Elizabeth Stengl, Stephen Lawhead, Donita Paul, and a handful of others. All of them are pretty good. But there’s no breakout Brandon Sandersons, no soaring tales of dragons and magic and, well, fantasy. The fantasy market is plentiful and rich, especially with indie publishing opening the floodgates to zillions of talented authors. (Rachel Aaron, I’d never have found you without the indie world!)
So, my question remains … where is the decent Christian fantasy? And why isn’t there tons more of it?