The other morning, I went into the kitchen, opened the dishwasher, and shrieked. Some large, skin-colored creature flashed across the open dishwasher door and vanished into the crack between the dishwasher and the floor.

Having battled cockroaches all summer, I assumed that’s what this was–a large, pale roach. Or, worse, a scorpion, although I haven’t seen one yet out here.

I wore shoes whenever I went in the kitchen for the rest of the day.

The next morning, I again opened the dishwasher. This time, the creature fell from the gap between the top of the door and the counter and lay on its side like it was dead. Now I got a look at it–it was a little pinkish lizard!

After a minute of excitedly telling my curious family the identity of the mystery creature, the lizard sat up and looked around. Then he foolishly ran into the dishwasher, where I captured him. 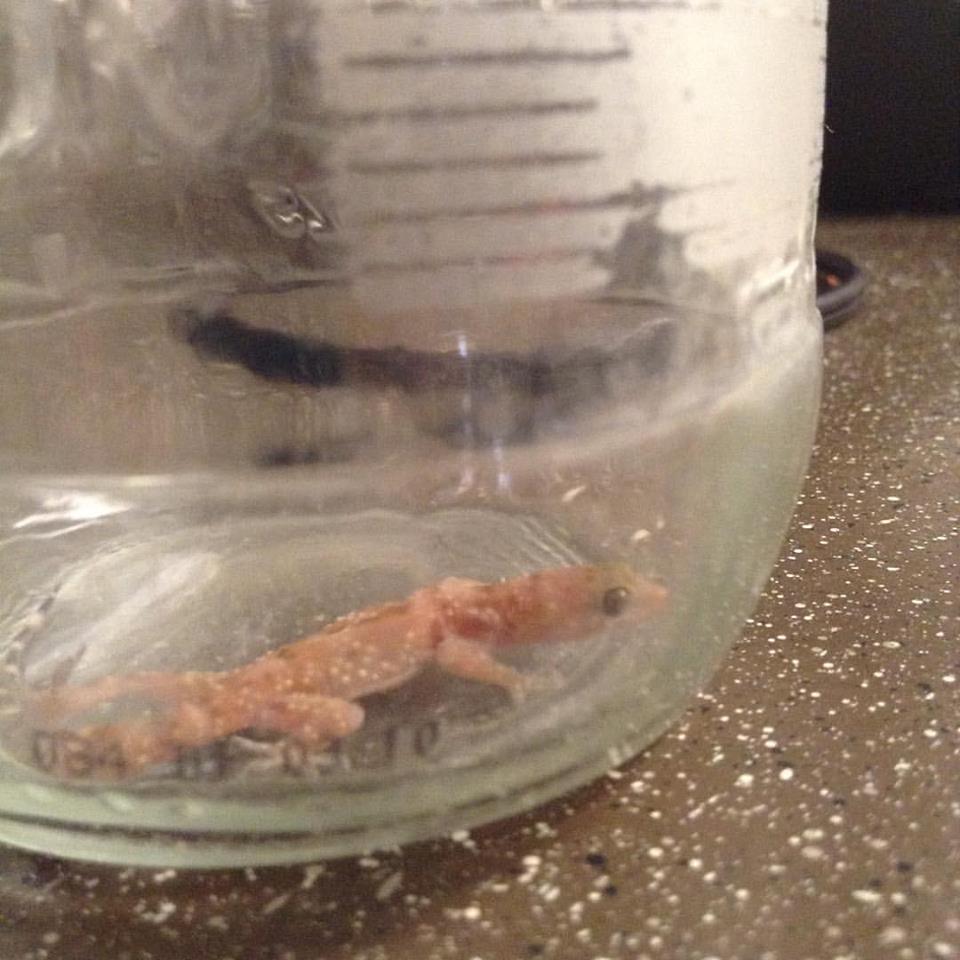 Here’s a better picture from Wikimedia: 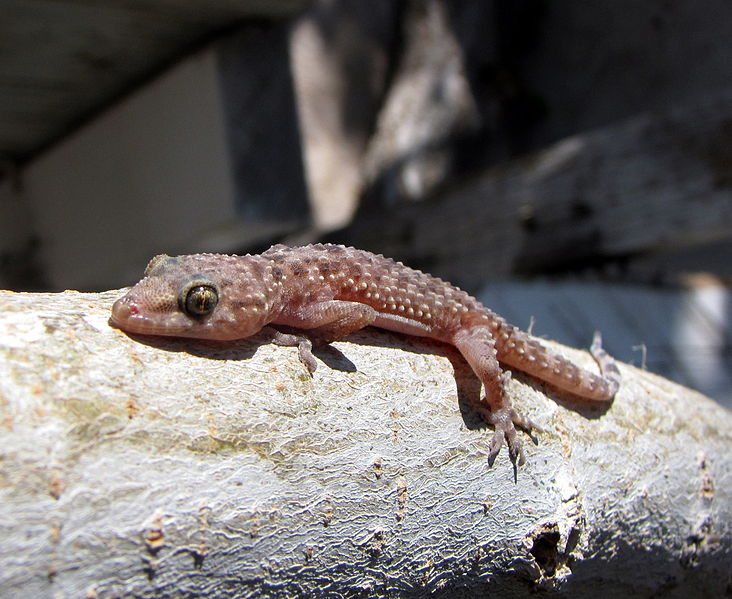 Turns out he’s called a Mediterranean house gecko, and they’re an invasive species here in Arizona. They love roaches, and obviously our local population had attracted him. I felt bad, though, because I have boric acid everywhere, and eventually the poisoned roaches would have killed him. We released him in the bushes outside.

So that was our lizard adventure this weekend! With the weather changing, we keep getting odd creatures in the house. At least it’s not mice!

One thought on “Visit from a house gecko”