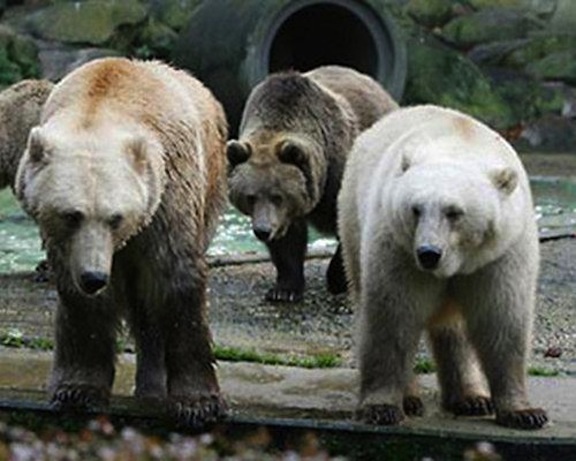 Take the polar bear grizzly hybrids. They know very well that polar bears descended from grizzly bears in the first place–I believe they traced the genetic line to a female bear in Northern Ireland, but don’t quote me.

So some ice is melting and some grizzlies and polar bears have interbred. And the conservationists are wailing that this color won’t be around anymore. In the same breath, they scream about new diseases getting into the Arctic and how hybrids can’t adapt to the environment of the parent species.

In the same article, they say this:

Two days later, the scientists saw another grizzly bear 15 miles offshore on sea ice in Viscount Melville Sound, closer to 74 degrees North. This bear was so fat and healthy that it was almost certainly hunting seals, something that grizzlies on the mainland don’t normally do

So the bears are changing their behavior, too, hybrids or not.

Another fun one is coywolves–a cross between coyotes and wolves. Seems that as people killed off gray wolves, the smaller coyotes took up the slack in the ecosystem. Then the two species interbred, creating a bigger, nastier coyote with the strength to bring down deer. And apparently they’re all over the place. 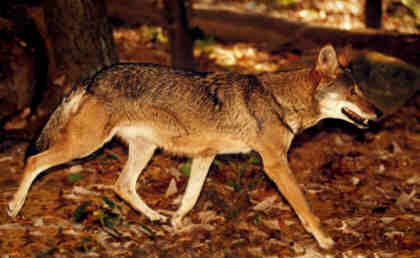 And oh, are the conservationists screaming. The pretty gray wolves are evolving into skinny coywolves!

Wait, doesn’t a successful hybrid mean that the type of animal is making a dramatic comeback?

I swear, it all comes down to people being mad that animals don’t come in the colors they like.

It’s the same type of animals–ursids and canids. They’re still doing what they’re supposed to do out there in the wild. And they’re adapting to a changing environment, the way they’re supposed to. It’s not like dying species like the river dolphin, which couldn’t hybridize and is officially extinct.

Do we want our designer color animals, or would we rather see them extinct? Sometimes I wonder.

4 thoughts on “Life finds a way”