A rose painted from life. I’m always so happy when this particular rosebush blooms. I just love how the petals are white on one side and red on the other. 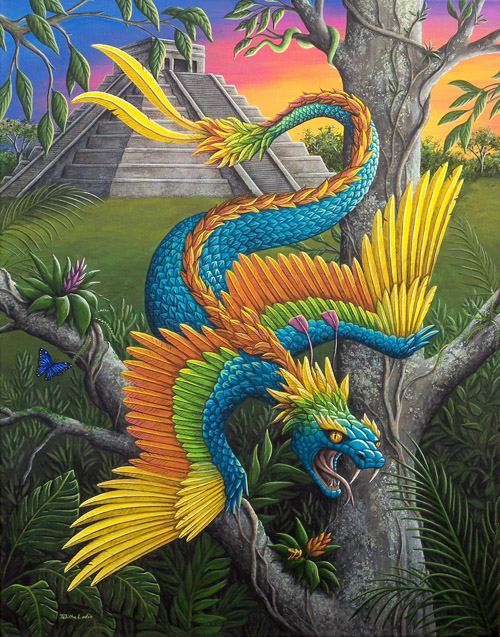 Kukulkan by *TabLynn on deviantART

A lovely take on the classic Feathered Serpent. Even better: this is real paint on canvas! I love seeing real media used so flawlessly like this.

I got a few minutes over the last couple of days to tinker with this pic. I messed with the basic shading in the background, and blocked in the foreground shapes in black.

Over on James Gurney’s blog, he had a post about “curing middle value mumbling”. Basically you just do all your shading in straight black and white, sticking to highlights and shadows and omitting midtones entirely. I thought this was a great idea.

Until I realized that my figures in this pic are pretty much backlit, so there’s not a lot of highlighting going on. Ah well.

I went over Charr with some colors and added some middle values, just trying to get his shapes defined.

His scales look like feathers right now, but I’m going to go back and give them hard edges eventually. I’m using the oil pastel brush that’s shaped like a triangle, because it leaves nice diamond-shaped strokes that work for scales. Or feathers. But he’s not supposed to be a feathery dragon. :-p

I have to get figure reference for the girl, so she hasn’t been worked on much yet. Like I said, I’m working in snatched ten-minute intervals here and there.

I had this picture in my mind’s eye, so I endeavored to draw it with two or three kids in my lap. They now want to use my tablet in the worst way, but I’ve seen what small children do to tablets. They can stick with pencils and paper.

Charr and Dusk on the beach with a campfire. At dusk. Get it? I’m not sure if I want Dusk sitting down or standing up. I kind of fancy the idea of her in a blowing dress and a hat, actually.

I might not update much for the next couple of weeks. Because on April 7th…. 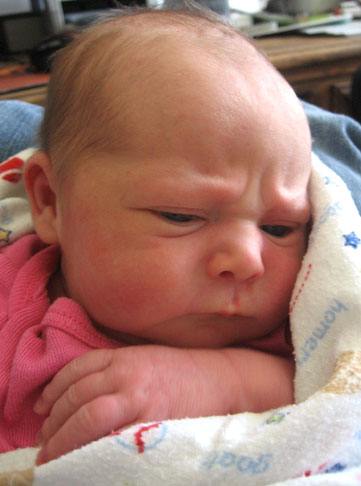 I haven’t been drawing all that much lately, sad to say. But I have been writing almost every night, working on another Spacetime story. I’m having a lot more fun with it than I did with the previous one.

For one thing, I’m basically writing a crossover between my husband’s universe and one of my own. Nobody knows it’s a crossover but me and him, though, so I guess it doesn’t make much of a crossover. Here’s a scene when Carda, my husband’s character, meets my one blue dragon character.